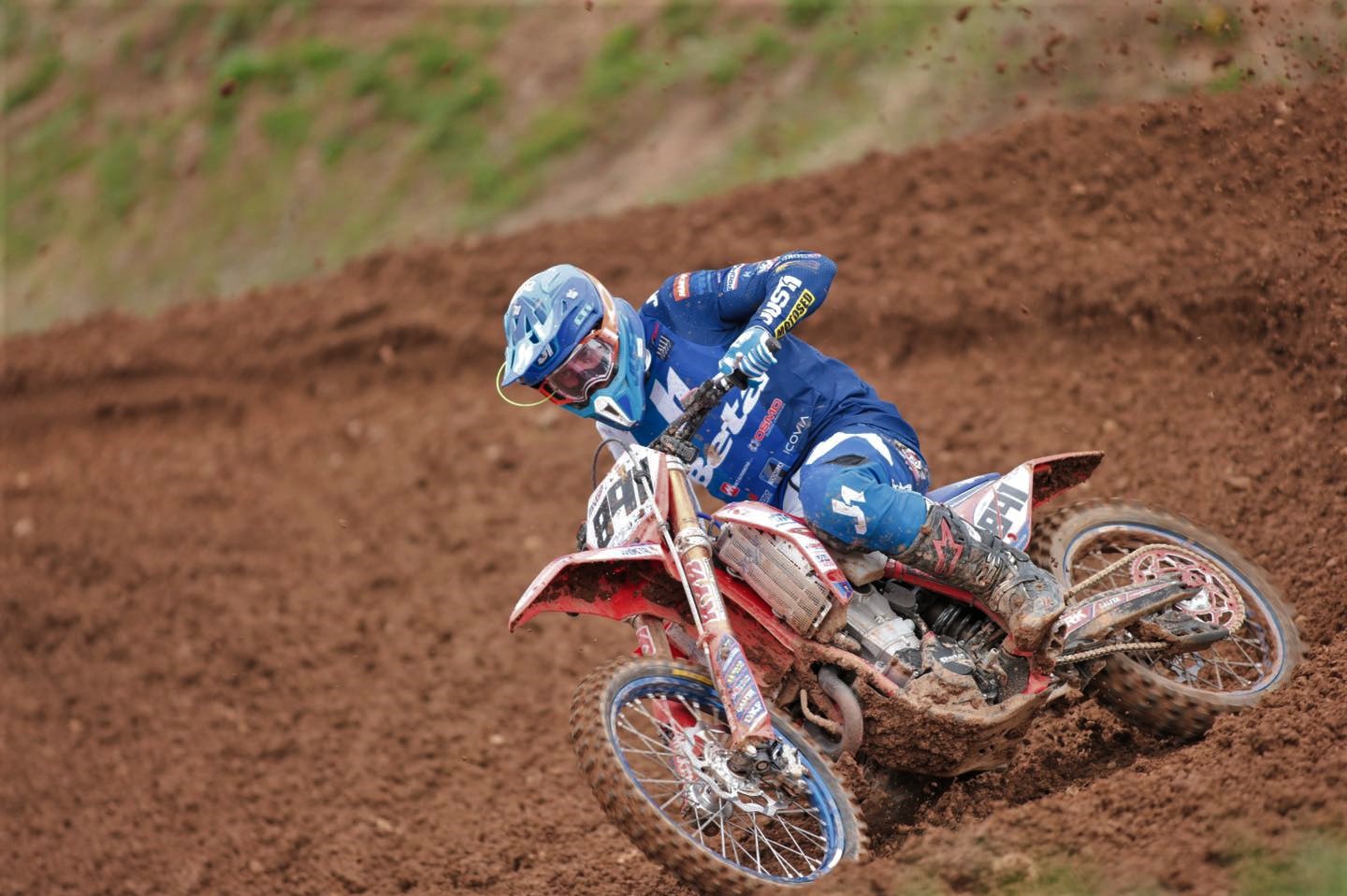 After 5 years the historic and prestigious Motocross track in Italy “Maggiora” is open again for the first round of the Italian Elite Championship. Jerre was second on the podium here in the Italian MXGP in 2014. On saturday Jeremy rode his Factory Beta 450RX to a 6th place in time Quali.

He took a brilliant start in the first race and after 3 laps he was in second position. Jeremy rode a solid race on the tricky, muddy track and ended the race in second place after Tim Gasjer. In the second race he started otside the top 10, but he fought his way back through the pack and ended in third. He stands second in the overall and the Italian Championship. In two weeks we have the second round in Mantova.

Jeremy Van Horebeek: “It was in the races very dangerous with the lapped riders and only one line ro ride due the muddy conditions. I felt better on the bike on sunday, we made some changes on the Beta, and in the first race i took a great start and ended second. I had a bad start in the second race due a little issue, but slowly i worked my way up to the front ended 3rd. I felt really good on the new Beta and i’m happy with the my speed. I want to thank Beta and the SDM Team for the effort they do, because it’s not that easy to build a new bike in a few months. I keep working hard for the start of the MXGP season.”