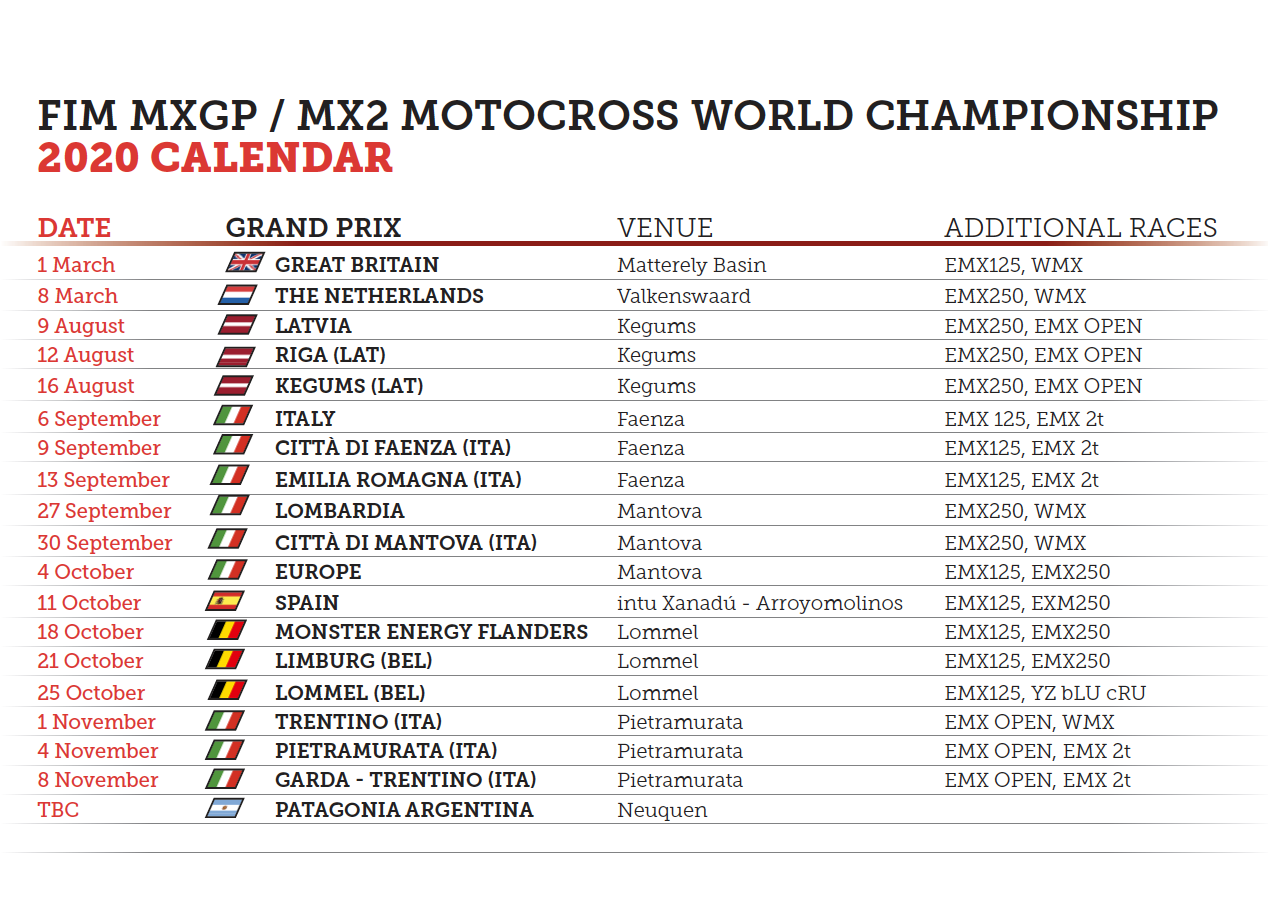 Following the big success of the Latvian stops of MXGP and the support received, MXGP continues to look forward to more epic races this season and therefore Infront Moto Racing would like to reveal the most recent updates to the 2020 FIM Motocross World Championship racing calendar.

Following the evolution of COVID-19 restrictions and the difficulty of travel, the decision has been made to postpone to 2021 the MXGP of Turkey in Afyonkarahisar, originally scheduled on the 5-6th of September, while also the TBC events scheduled this season, the MXGP of Portugal that originally was going to take place in Agueda as well as the MXGP of Russia, scheduled in Orlyonok, have been also postponed to 2021.

The 2020 calendar will now feature three triple-headers in Italy. This decision has been made in order to be able to hold the maximum number of events possible to make a competitive and thrilling championship, as well as to reduce the amount of travel complications for the whole paddock collective.

Furthermore, the MXGP of Lommel, last of the three Belgian stops, on the 24-25th of October, will also see the Yamaha YZ bLU CRU Superfinale, that will welcome some up and coming motocross stars of tomorrow, to the fierce Lommel circuit in Belgium. Last year’s final saw Jekabs Kubulins take a victory in the 65cc class, while in 85cc it was Olle Martensson and finally in 125cc it was Mairis Pumpurs who was the winner.

The MXGP of Patagonia-Argentina, in Neuquen, remains part of the 2020 FIM Motocross World Championship calendar as TBC depending on the ongoing national conditions.

Infront Moto Racing along with the FIM, the local organisers and the National Federations, continue with the goal of presenting a great championship in these difficult circumstances and are excited to welcome back more FIM Motocross World Championship action!