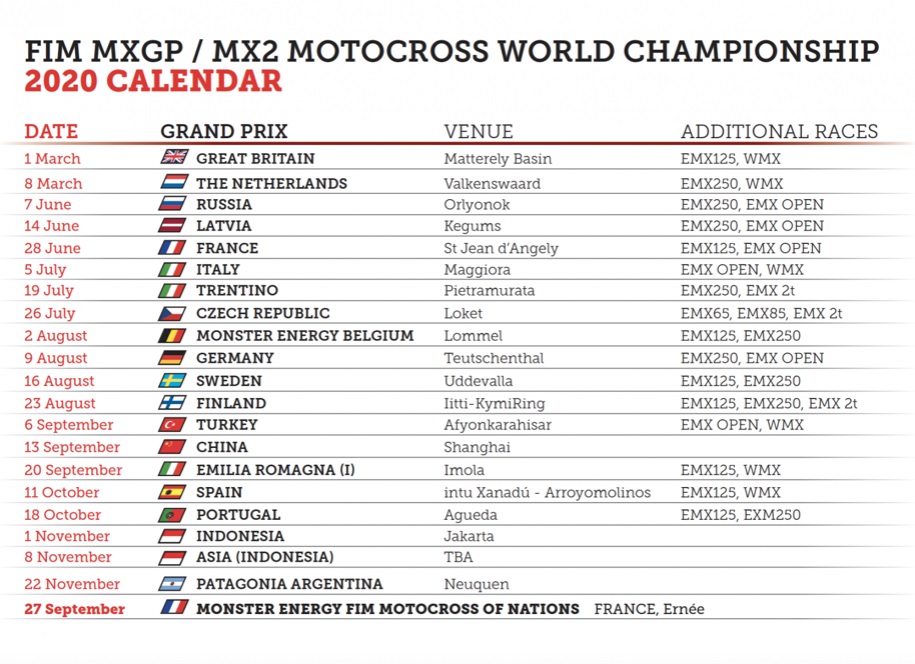 Due to the international situation because of the coronavirus outbreak, Infront Moto Racing would like to focus on the health of all the people involved and to keep the risk of impact low for the 2020 MXGP Calendar schedule.

MXGP of France due to take place on the 9th/10th of May will now be moved to the end of June and will go ahead in St.Jean d’Angely on the 27th/28th of June. This change means that also the MXGP of Indonesia in Jakarta will now move from June to 31st October/1st November. Meanwhile the second round of the Indonesian trip will be held as the MXGP of Asia on November the 7th/8th, whose location will be announced shortly.